Awards
March 13, 2017
by M&I Family Team
0
Our winning Obstetrician of the Year had been praised by her patient for her kindness, patience and understanding during a nerve-wrecking pregnancy 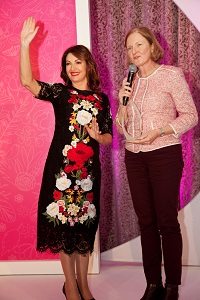 Any pregnancy can be nerve-wracking as you anxiously count down the weeks and days to your due date, but when you’ve lost a baby at a late stage in the past, it can be even more harrowing. Aoife McDonnell sadly lost her baby boy Robbie at 34 weeks, and when she became pregnant in November 2015, she opted for the best care possible – and that was Dr Meabh Ní Bhuinneain in Mayo General Hospital and Ballina Clinic. “Choosing Dr Meabh was the best decision I ever made,” Aoife says. “She is the most understanding, patient and kind doctor, I have the height of respect for her and she has looked after me so well from Day One. I feel she has made a personal effort to make sure that everything goes well for us, and even at 34 weeks, which was when we lost our precious baby boy Robbie, I felt at ease knowing she is looking after me.”

Aoife first met Dr Meabh when she was 12 weeks’ pregnant. “I travelled down to Ballina from Castlebar every four weeks and she would not let me leave until I saw her. The first time I met her, she listened to every worry I had, and answered honestly every question I had. She took the TIME to listen and that means a lot. She didn’t tell me what I wanted to hear to keep me happy, she told me the truth, she gave me statistics and she was honest and that made me trust her 100 per cent.”

Our Related Content
Select Hotels Business Parent of the Year

As Aoife’s pregnancy progressed, she travelled to Mayo General Hospital to be reviewed each week, and as Dr Meabh had been made Dean, she occasionally saw other doctors. “I missed Dr Meabh’s honesty and her presence, so you could imagine my delight and relief when I saw her walking into the room to discuss my care once again. She was there to see me through the tricky stage around 34 weeks, and thanks to Dr Meabh I now have my beautiful baby girl asleep in my arms and that’s all that matters.”
Aoife is delighted that Dr Meabh has won the award and hopes it shows just how much she is appreciated by her patients. “I am delighted that Dr Meabh has won the award. She is so deserving of it. She works so hard and is so busy and yet she will give all her time to you to make you feel at ease. I trusted her from the minute I met her and I knew I was in safe hands.” 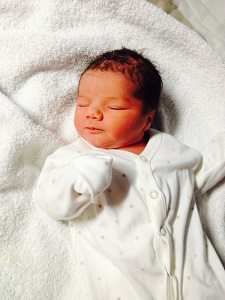