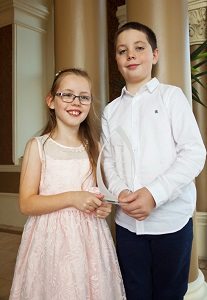 We hear so many funny stories of bickering siblings that we often forget how close brothers and sisters can be – and that even the most warring of siblings still look out for each other in various situations. But going far and above the usual sibling care are a brother and sister duo, Harry and Molly Flynn, who have saved their sister’s life over 200 times in the past five years.

Mum Maria Flynn explains more: “Isabelle has a condition called apnea, which causes her to stop breathing at any moment and die. Both Harry and Molly learned CPR in the Irish Red Cross, and have used it on Isabelle many times to save her life. Her brother Harry, who is now 11, first saved her life when he was six years old, while his sister Molly, who is nine, has also saved her life on many different occasions, including one time on a bouncy castle, when she stopped breathing and went unconscious.”
Harry and Molly’s compassion for their sister doesn’t end with the physical, however. “Isabelle also has cerebral palsy, and the doctors had said she would never walk, talk, or have the use of her arms. But thanks to the love and ongoing attention she gets from the kids she has learned to use her arms and is fully intelligent and even started to walk a month ago.”

Harry and Molly’s experience with their sister has made them passionate about life-saving techniques, and believes that everyone should know CPR and other emergency skills. “Harry and Molly are volunteers with the Irish Red Cross Waterford City branch. They attend weekly training on Monday nights, learning CPR and all first aid skills that adults would learn, and they spend over 100 hours a year doing public demonstrations to teach the public and especially other children how to do CPR and save a life. They want to reach as many children as they can and show them that it is so easy to do CPR and yes it can save a life. Their main reaction on hearing about this award is that now they can tell even more people how to do CPR!”

Maria is thrilled that Harry and Molly have been recognised for this award. “When Isabelle is sick she can stop breathing up to 40 times during the day and night and as a single parent you can only imagine just how much rely I on the kids in that situation. Yet they never complain. I am truly blessed to have Harry and Molly; without them, Isabelle would not be alive today. They are definitely her Guardian Angels. 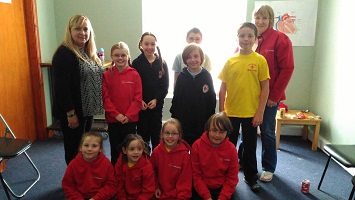