We’re starting to really get into that season now; where the kids come home with sniffles, coughs and sneezes. Where we’re up in the night with escalating temperatures or vomiting. We all dread it, but as a parent, it’s just something that you have to go through. Most children will be sick once and while, and they’ll have to take medicine.

Ah, medicine. Sometimes it’s fine, the child pops open their mouth and away we go. But other times… not so much. Here’s what to do when it’s one of those times!

Helena-Lee, a British mum and nurse practitioner was recently distraught when her baby son came down with a fever.  Dreading giving him his medicine, she remembered this little trick and poof! Task all done! 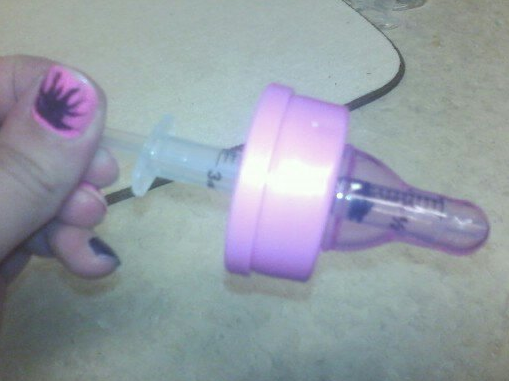 Her now viral post reads “So for the last 24 hours I’ve struggled to get Alfie to take CALPOL, he has ended up covered in half of it where he spits it at me,” we’ve been there (says all of us!). “Then I remembered seeing this trick,” Lee writes.

Everything you need to know about febrile seizures.

Alfie is shown in the post to be sucking away at his bottle teat, while his mother slowly pushes the medicine into the nip using a syringe. 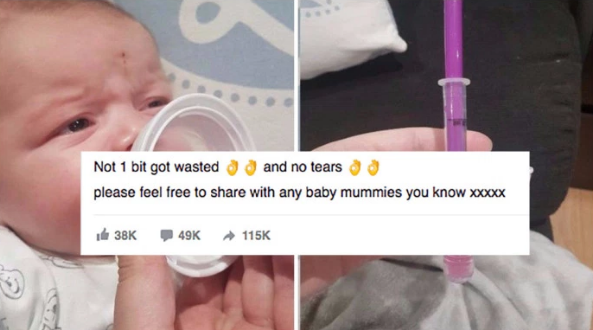 And we are copying this method straight away! What do you guys think?